Arc de Triomphe Remarque summary The novel was published in 1945 in the United States. A German edition appeared a year later. In 1948, Arc de Triomphe was first filmed, starring Ingrid Bergman. In 1985, the novel was filmed for the second time. The main role goes to Anthony Hopkins. The film adaptation in 1948 was considered more successful.

The novel takes place in France on the eve of World War II. Ravik, a German surgeon and participant in the First World War, lives in Paris without citizenship and documents, under the constant threat of expulsion from the country. The surgeon operates on patients, replacing less qualified French colleagues. Ravik was forced to flee Germany, as he organized the escape of two innocent people. For this, the surgeon ended up in the Gestapo, where he survived monstrous torture. The surgeon’s girlfriend, Sibylla, was also arrested and later died in prison. Ravik is hiding in France. It was believed that it is much easier for emigrants to live in this country.

One November night, a surgeon meets a stranger. Woman in despair. Ravik brings her to him. The stranger’s name is Joan Madu, she is an actress by profession. Joan’s lover has died. The surgeon helps the woman get her death certificate, her money, and belongings and pays the room bill.

Ravik tells his colleague Weber that he is an illegal immigrant from Germany. In France, he has no right not only to work but simply to be. The surgeon lives in a hotel that does not require registration, as he cannot rent an apartment. Ravik also reports that at home he held a significant post in one of the major hospitals. He hides his real name.

Joan and Ravik become lovers. The woman admits that she is very tired of the life she is forced to lead and would like to live peacefully in her own house with her loved one. The surgeon explains that this is impossible: he is illegal in the country and has no rights. Throughout the story, lovers alternately quarrel and then reconcile. One of the biggest quarrels occurred after Ravik was arrested, expelled from the country, and then returned to Paris after three months spent in Switzerland.

Arc de Triomphe the streets of the French capital, the surgeon meets his old enemy – the Gestapo Haake. Ravik hunts for Haake for a long time until they finally meet. The fascist does not recognize the surgeon but is very happy that he met a compatriot in a foreign country. Subsequently, Ravik managed to meet his enemy again. The surgeon offers the Gestapo a joint visit to an elite brothel, he brings him to the Bois de Boulogne, where he kills him. The surgeon then takes Haacke to the Forest of Saint-Germain. Ravik disfigured the body of his enemy and destroyed documents and things.

At the end of the novel, Joan is shot by her next lover. The woman is mortally wounded, but extracting the bullet will only hasten her death. Joan and Ravik confess their love to each other for the last time, then the doctor gives her a lethal injection to save her from further torment. During the next arrest, Ravik does not resist the police and even gives his real name.

The real name of the surgeon is Ludwig Fredenburg. This is a very ambiguous character, revealed to the reader from different angles.

On the one hand, Ravik, aka Ludwig Fredenburg, is presented as a good character. In Nazi Germany, Ravik held a high post. To maintain his high position, it was enough for him to simply agree with the policy of the new authorities, or at least look at their actions “through the fingers.” However, Ravik could not make a deal with his conscience. He did not want to allow the suffering and death of innocent people. The surgeon takes risks by hiding the unfortunate. Ravik is well aware of how this could end for him but does not back down. As a result, the main character loses everything: a high position, the location of the authorities, his girlfriend, and his homeland.

Having miraculously survived, Ravik begins a new life in Paris. The torture that the surgeon had to endure in Germany did not harden the protagonist and did not change his character. Ravik remains an honest person, able to disinterestedly help those in need. Having met a stranger at night, Ravik tries to take on all her problems, without expecting anything in return.

However, the author does not deny: that torture, concentration camps, and wandering could not but leave their mark. Remarque shows the German surgeon on the other, less pleasant side. The reader learns that Ravik is vindictive. Having met his old enemy in Paris, the surgeon begins to develop a plan for the murder. The hatred he felt for Haaka did not disappear even after a few years. Ravik cold-bloodedly and without a shadow of pity kills the Gestapo and mutilates his corpse. The author does not support his hero in his actions but does not condemn either. For a person who has lost the most precious thing, it is quite natural to feel hatred for the one who deprived him of everything.

Presumably, Marlene Dietrich inspired the author to create the image of Joan. Shortly before the outbreak of World War II, Remarque and Dietrich lived in Paris.

Ravik does not attach much importance to a meeting with an unfamiliar woman who needs his help. The surgeon helps people every day. Helping a stranger comes naturally to him. Gradually, however, Madu enters his life. The rapprochement between Joan and Ravik began with mutual sexual attraction. However, gradually the surgeon begins to understand that Joan can be not only a passionate lover but also a spiritual companion. Madu, like Ravik, has no homeland or relatives. Joan grew up in Italy, while her father was Romanian and her mother was English. Already from childhood, Mada was surrounded by “strangers”. Now she again finds herself among the “strangers”, this time in another country.

Our next article is devoted to the biography of the famous prose writer Erich Maria Remarque, a representative of the writers of the Lost Generation, who created many talented works that are still popular today.

The life of both main characters has no meaning for a long time and has become a routine struggle for survival. Both have lost their lovers. Only after meeting each other, do Ravik and Madu feel that their lives finally have meaning. They surrendered without a trace to a new feeling. But after a short period, strife begins between the lovers. Joan is tired of uncertainty. She wants to find a stable place in this world, even though the war starting in Europe is pushing the world into chaos. Joan has waited too long for her happiness to wait any longer. She wants to have a family and be a legal wife with whom you can show yourself in the world, and not an accidental lover who they try to hide from prying eyes

Symbols in the novel

The main symbol of the novel is the Arc de Triomphe. This landmark of Paris is not as popular as the Eiffel Tower, but it is also widely known. Not all readers understand why the author chose the Arc de Triomphe to give the novel its title. She is not a character and does not play a particularly significant role in the work. However, Remarque opted for it, and not for the more familiar Eiffel Tower. He also did not use the name of one of the main characters for the name.

First of all, the author is trying to divert the attention of the public from the stereotypical image of Paris. Even in the minds of those readers who have never been to the French capital, this city is associated with pleasure, unrestrained fun, and forbidden pleasures. These are the associations that the Eiffel Tower can evoke. The author wants to show Paris from a completely different side. On the eve of World War II, the French capital continues to be a city of dreams. But now they come to it not for the sake of pleasure, but for the sake of saving lives. Emigrants from Germany find shelter here. These are mostly Jews, as well as those who did not share the views of the Nazis who came to power.

Calling his novel “Arc de Triomphe”, Remarque carefully makes it clear that, despite all the efforts of the Nazis, victory will not be theirs. 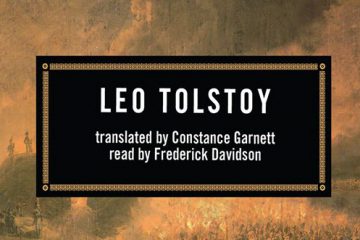 Leo Tolstoy
Article menu: Prototypes of female characters in the epic novel “War and Peace” Lisa
Psychology
How Does Motherly Love Manifest Itself Maternal love is considered to be the most
Sociology
History is a complex system of often interrelated events, which can sometimes be extremely
Subscribe
Login
2 комментариев
Oldest
Newest Most Voted
Inline Feedbacks
View all comments

A sensual story about human life bound by extreme conditions, when I read this work I was very sad in my heart, I was overwhelmed by the experiences of the main character, and for a while, it seemed to me that I was in his place. An incredible masterpiece of world classics. I recommend I also want to thank the author for such a high-quality review of this story.

An atmospheric, touching novel of the 20th century. A story about passion that must end in tragedy. Paris on the eve of World War 2 complements the dramatic main plot, a refugee from Germany and an Italian actress who is bound by love, what could be more romantic? The story of love that overcame a challenging path against fate, circumstances, and history. It was surprising that the prototype of the main character was Marlene Dietrich, an extremely famous and popular actress in those days.