Brief summary of 1984 OrwellFrom a letter from George Orwell to his publisher, it is known that the idea for the novel originated in 1943. The first versions of the name were: “The Living and the Dead” and “The Last Man in Europe”. The publisher Frederick Warburg insisted that the author come up with a different title that might interest the reader and make him buy the book. Why the author chose the name “1984” is unknown. Presumably, Orwell decided to rearrange the last two digits of 1948. A draft of the novel was ready by October 1947. George Orwell was forced to interrupt work due to the fact that his tuberculosis worsened.

After World War II, civil war broke out in the UK. The weakening of the country led to the fact that it was absorbed by a new superpower – Oceania. The author notes a number of changes that have taken place on the political map of the world. The inhabitants of Oceania are subject to the ideology of a certain Party, which is personified by the Big (Elder) Brother.

But not all citizens of the superpower agree with the existing regime. Winston Smith, who works at the Ministry of Truth, is dissatisfied with the surrounding reality. At the same time, he is well aware that he cannot share his doubts with anyone. Smith has no choice but to start keeping a personal diary in which the main character expresses his thoughts. Keeping such a diary is no less dangerous than publicly expressing doubts about the activities of the Party.

Suddenly, Smith notices that his colleague Julia is following him. Winston fears that Julia has suspected something and may expose Smith’s “crime”. However, after a while, the girl gives him a love note, after which Julia and Winston begin to secretly meet. Smith believes that sooner or later their meetings will end badly. Illegal relationships between men and women are strictly prohibited in Oceania.

Smith and Julia go to high-ranking official O’Brien. Winston was sure that O’Brien belonged to the underground Brotherhood. The lovers want the official to accept them into this Brotherhood. Some time later, Winston and Julia are arrested in the room they rented for their secret meetings. Smith realized that he had made a mistake about O’Brien. Winston is brought to the Ministry of Love, where he is mentally and physically tortured. Smith is forced to renounce himself and his love.

The executioners managed to “cure” Winston of revolutionary sentiments. At first, the protagonist thinks that he abandoned himself and Julia only out of fear of further torture. But, already at large, Smith realizes that he was wrong all this time, that now he has embarked on the right path and does not love anyone but Big Brother and the Party.

Characteristics of the characters The main character of the novel is a 39-year-old man, Winston Smith. He was born in London in the mid 1940s. It is known about Smith that he began his career in the Ministry of Truth.

It was Winston’s duty to make the necessary changes to the documents if they contained facts that contradicted the party ideology.

Smith is forced to pretend that he fully supports all the ideas of the party. In fact, he is far from the party ideology and hates it with all his heart.

The main character was named after Winston Churchill. The leader of the Conservative Party did not arouse the sympathy of the author of the novel, and the political views of Churchill himself were hostile to Orwell.

O’Brien is Smith’s antagonist. The author describes him as a tall, dense man with a mocking and at the same time rude face. Despite his antipathy for the hero, the author cannot help but note that O’Brien is smart and charming in his own way. “Clumsy” appearance does not go well with a subtle mind and graceful manners.

Julia, 26, works for the Ministry of Truth. She is quite a pretty girl with brown eyes, brown hair and a thin waist. Julia is in love with Smith. However, like Winston, she has to pretend to be loyal to the Party. Despite her young age, the girl is not afraid to live a double life, violating party laws.

Borrowings and parallels The most erudite readers cannot fail to notice the similarity of the novel “1984” with the novel “We” by E. Zamyatin. Both works represent a totalitarian society. The life of an ordinary citizen is so taken under control by the state that even the walls of houses are made transparent (“We”). In the novel “1984” people are also constantly being monitored. The head of state is the Benefactor (“We”) or Big Brother (“1984”). In both novels, certain prohibitions on personal life are imposed. Illegal relationships are severely punished.

There is no evidence that Orwell deliberately borrowed the idea of ​​Us. The English critic I. Deutscher accused Orwell of plagiarism in the mid-1950s. However, some researchers claim that the author of “1984” read Zamyatin’s novel after writing his book. In one of the letters to a friend, which was written in 1944 (after the idea of ​​the novel “1984” appeared), Orwell reports that he was very interested in Zamyatin’s book

The illusion of well-being

Probably, the accusations of the author of plagiarism are unfair. At the beginning of the 20th century, a new state arose on the world map – the USSR. Such an event could not go unnoticed in art. Someone believed that a way had finally been found to build a just society in which there would be neither poor nor rich. Others, on the contrary, considered the new state totalitarian. Universal equality was perceived as depersonalization.

Politics should not interfere with a person’s private life under any circumstances. Thus, similar ideas could indeed have arisen at different times by different writers. In addition to Zamyatin and Orwell, works in the dystopian genre were written by such famous authors as Aldous Huxley (“Brave New World”, 1932) and Ray Bradbury (“Fahrenheit 451”, 1953).

Neologisms in the novel

In his work, the author uses neologisms that denote new concepts for the reader, characteristic of the society in which the main characters live.

The people of Oceania speak Newspeak, a language that the Party is helping shape. Newspeak is regularly updated by removing words alien to the dominant ideology and introducing new abbreviations. The authorities of Oceania believe that everything that cannot be expressed in words cannot be thought or done. Therefore, by eliminating such a dangerous word as “revolution” from the language, revolutionary actions can be avoided. In addition, when there are few words in the language or they are greatly reduced, the desire to think arises much less often.

Summary of Animal Farm In our new article, we will consider the allegorical story-parable with the sharp anti-Stalinist satire “Animal Farm”, which was written by George Orwell in 1945. It is interesting that this work was banned in the USSR. Because the “political system” of the pigsty was similar to what happened in the Soviet Union.

The Party spreads on the territory of Oceania the so-called doublethink, which can be defined as an unconditional belief in the simultaneous coexistence of two excluding concepts. The word “white-black” is a typical example of doublethink. “White-black” can be translated as the insistence that black is actually white, contrary to the facts. Doublethink calls war peace (as long as there is a war, development continues), and freedom – slavery (because freedom imposes a huge number of obligations on a person). 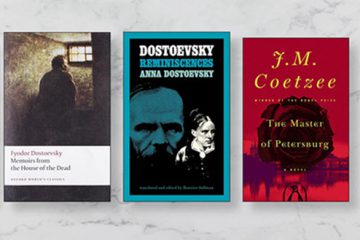 Fedor Dostoevsky
Fyodor Mikhailovich Dostoevsky opened to the world new facets of knowledge of worldly vanity
Bestsellers
10 Books You Can’t Put Down A good book is like a friend you
Tips
What Is Happiness? It seems a little bit strange question, doesn’t it? You may
Essay
“I want to stay in Ukraine, help people, teach others, help others because I
Tips
Have you ever wrote a reflective essay? If you don’t, you are in the 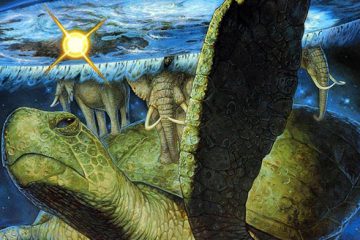 Terry Pratchett
On April 28, 1948, one of the greatest English writers was born, the one
Subscribe
Login
1 Комментарий
Oldest
Newest Most Voted
Inline Feedbacks
View all comments

By the way, it is a very interesting and relevant novel for our age, we can see its main concepts right now. I enjoyed the author’s work and his detailed and in-depth analysis! A dystopia that has become a reality sounds unbelievable, but it is the true truth. I am horrified to watch the picture that is unfolding around the world now and I am helping as much as I can because I want to be happy as a person!