Fahrenheit 451 by Bradbury Fahrenheit 451 is the second novel by the outstanding American prose writer Ray Bradbury. The book was published in 1953 and became one of the best examples of science fiction and dystopia genres.

Bradbury wrote his novel about books surrounded by books. Every day, the aspiring writer went to the city library, rented a ten-cent typewriter, and wrote. Students fussed around, and none of them guessed what he was doing here.

For a long time, the novel came out with cuts, due to the abundance of jargon and obscene language. Since the 70s, two versions of the work have been available to a wide readership. It is noteworthy that in Soviet Russia the dangerous book was published as early as 1956. Despite official ideological criticism in the magazines, Fahrenheit 451 was never banned.

Near future. Technological progress provides the inhabitants of America with complete comfort. They live in fireproof houses crammed with highly functional electronics (wall-to-wall telescreens, housewife robots, etc.), their cars rush along the highway at the speed of interstellar rockets, and amusement parks offer the most incredible attractions.

Surrounding themselves with all the blessings of civilization, the people of the future have absolutely lost food for the soul. Television runs 24/7 reality shows, stupid soap operas, endless serials, theaters no longer put on plays, directors don’t make feature films, and writers don’t write books. There are no more books. They are prohibited by law. And to combat the remnants of bookish civilization, there is a department “451”.

Fireman Guy MontagueGuy Montag is a fireman. It used to be that firefighters put out fires, today all houses are made of fireproof materials and are equipped with reliable protective systems. The firefighters of the future are burning sedition out of the houses – fiction books that dissidents still keep at home.

The guy is a hereditary fighter against sedition. He loves his job. How merrily tongues of flame jump across book pages, how intoxicatingly smoke and kerosene smell. On Monday you burn books by Edna Millay, on Wednesday you burn Walt Whitman, and on Friday you burn William Faulkner. The professional motto of a firefighter is: “Burn ashes, and then burn even ashes!”

Books Guy never read books. This is prohibited by law. It is not clear to him why these fools yell so when their papers burn. In truth, Guy Montag did not even think about it, because it is also forbidden to think about it.

That evening, Montag was returning from his usual night duty. Not far from home, he met a completely unusual girl. She walked slowly along the pavement. A stranger in a snow-white dress seemed to Guy a beautiful vision. She seemed to hover over the autumn asphalt. But most of all, Montega was impressed by her face – snow-white, it shone with curiosity, and dark eyes looked inquisitively at the world as if trying to penetrate into its very essence.

The girl introduced herself as Clarissa MacLellan. It turns out she lives with her family nearby. Clarissa is seventeen and crazy. At least that’s what her uncle advises to introduce herself. Uncle is crazy too. He had to spend the night in prison more than once for walking on the sidewalk or driving slowly on the freeway.

Clarissa McLellan Clarissa has no friends among her peers. She doesn’t go to car races, she doesn’t go to an amusement park, and she doesn’t watch soap operas, so she has plenty of time to think. It is especially good to think during a night walk.

Montag notices a light in Clarissa’s window. What can her relatives do at such a late hour? Oh, they are talking! – Are they talking? What can we talk about? … – About different things.

Guy Montag returned home with mixed feelings. It was restless inside as if some other little man had awakened from hibernation. Guy went into the bedroom. On the bed lay his wife, uncovered and cold as a tombstone. Mildred stared blankly at the ceiling, her ears glittering with miniature earplugs that carried her sleeping on the waves of music and voices into the distant virtual world of her hypnotic brain.

The next day, Montag met with Clarissa again. Then more and more. Every conversation with this extraordinary girl inspired Guy. “Strange,” he said, “my wife is thirty, and you are only seventeen, but it seems to me that you are an eternity older than her.” “It’s amazing,” Clarissa replied, “sometimes I forget that you are a fireman. You are completely different. When I talked about the moon, you looked up at the sky. Others would not have done this, others would not have listened to me at all and passed by.”

“Clarissa, why aren’t you at school?” “I’m not interested there. My psychologist claims that I am unsociable and that I have a hard time getting along with people, but this is not so! I love communication very much, only it is not at school. We watch educational films for hours, rewrite something in a history lesson, and redraw something in a drawing lesson. We don’t ask questions and at the end of the day we are so tired that we want only one thing – either to fall asleep or go to an amusement park and smash windows in the glass-breaking room, shoot at a shooting range, or drive cars. ”

“Guy, what do you think dry leaves smell like?”

The next day Clarissa was gone. She was hit by a car.

Lecture on the danger of books and first reading

A Lecture on the Danger of Books and a First Reading Since then, Guy Montag has been out of his depth. During a planned departure, when the books of a local resident were burned, the hostess doused herself with kerosene and set herself on fire along with her treasures. Why does she treasure these things so much? Guy’s hand impulsively reached for the book. He hid his trophy at home in the ventilation. Now, during each trip, he secretly snatched a volume or two of forbidden literature from the fire, but so far did not dare to read.

One day, Montag realized that he could no longer be a fireman. Pretending to be sick, he did not go to work. On the same day, Beatty, the head of the fire brigade, appeared at his house. Beatty explained to Montag what was the danger of books and enlightenment. “A book is like a loaded gun in a neighbor’s house. We need to unload the gun! Harness the human mind. Who knows who will be the new victim of a well-read person? At all times, people have been saying that they want to be happy. The modern system provides such an opportunity. Constant movement, entertainment – the modern American has plenty of this.

A man without feelings

A person needs serenity and calmness. Away with everything that gives rise to anxiety! Even funerals are abolished. Five minutes after death, the corpse falls into the stove and is burned. “We will not mourn the dead. Let’s forget them. Burn everything. The fire burns bright, the fire purifies… Give the stolen books to Montag, do you have them?”

But Montag did not hand over the books. When Beatty left, he took out his treasures and began to read page after page to the frightened Mildred. Mildred waited for the torture to end so she could return to her usual telescreen. Montag was indignant at the fact that his wife was so callous, and he himself could hardly understand something from what was written. Too much time has been wasted. And then Montag remembered the old man.

In his story “Smile”, Ray Bradbury portrayed a picture of the distant future, where all the achievements of culture and civilization are being destroyed, as unnecessary, and even disgusting.

He met him a few years ago in a park. A suspicious elderly man quickly hid something in his jacket pocket. Instead of convicting the criminal, the fireman started talking to him. The old man turned out to be a former professor of English literature. He gave Montagu his address “for filing” in case he suddenly decided to “get angry” with him.

Living Books Having found the professor’s card, Montag is about to run. However, stupid Mildred and her girlfriends, whom she told about her husband’s books, had already reported Guy’s strange behavior to the fire chief. Now Montag has been named a criminal and put on the wanted list. Miraculously escaping from the chase, he finds himself in the house of Professor Faber.

Faber initiates him into the secret. It turns out that there is an association of dissident people. They keep books in order to revive the printing business in the future. Only their bookstore cannot be seen. It is in human heads. Society members memorize texts. They themselves are living books. Here is Jonathan Swift, here are Schopenhauer and Darwin, and here are Aristophanes, Thomas Love Peacock, Jefferson, and Lincoln rolled into one. All these people are former scientists and university professors. They hide outside the city in the forest. It is there that Montag is instructed by Faber.

The fugitive is given a liquid to drink that changes his personal scent. Now neither the authorities nor the mechanical dog can find him. By and large, no one else needs it. The main thing is not to disturb the minds in the city. The news reports that the criminal Guy Montag has been neutralized, and the corpse of a bystander is shown on the whole screen.

On the same night, an atomic bomb was dropped on the city, and he was gone. The travelers went up the river. Now their help will be very needed because they are the memory of mankind.

5 / 5 ( 2 votes )
Author: Katya
Like this post? Share:
Also may be interesting for you!
Ray Bradbury
Summary of the Martian ChroniclesThe Martian Chronicles is a cult novel by American science
Essay
“I want to stay in Ukraine, help people, teach others, help others because I
Character
Article menu: From the history of text writing Briefly about the plot of the
Essay
In difficult life situations, people tend to rely on the outside help. The person 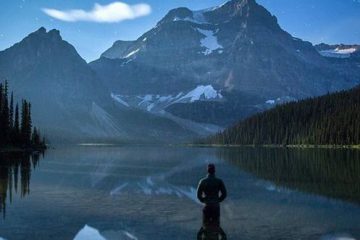 Alexander Green
Alexander Grin’s novel The Golden ChainThe pages of Alexander Grin’s biography in the 1920s
Tips
Have you ever wrote a reflective essay? If you don’t, you are in the
Subscribe
Login
1 Комментарий
Oldest
Newest Most Voted
Inline Feedbacks
View all comments

How is the world becoming like these books, I am afraid, because there are so many books and one of them can be true, but there are a lot of books! I like your site, IMHO some of the best and most realistic books I have ever read are selected here, the cool and clear view of your authors’ stuff makes me bookmark your site)