Shakespeare’s Midsummer Night’s Dream, a comedy in five acts, was written in the mid-1590s. It is believed that Shakespeare wrote his work in honor of the Day of St. John the Baptist or for the wedding celebration of a famous aristocrat.

The play consists of several storylines, one way or another intertwined with each other. Theseus, Duke of Athens, is preparing to marry Hippolyta, Queen of the Amazons. Celebrations must take place on a full moon night. A young girl named Hermia is in love with a young man, Lysander, who also loves her. However, Demetrius is also courting Hermia. Aegeus, the girl’s father, prefers the second admirer.

Since Hermia refuses to marry Demetrius, the father turns to the Duke of Athens, claiming that Lysander has bewitched her daughter. The Duke demands obedience to his father’s will. Lysander and Hermia decided to flee the city. The girl shared her secret with her friend Elena. Since Elena was once Demetri’s lover and still continues to love him, the insidious woman is driven by the desire to regain the favor of her former fiancé. Elena gives Demetrius the secret of her friend.

Meanwhile, preparations for the Duke’s wedding continue. Several city masters decided to stage a comedy about Pyramus and Thisbe in honor of the newlyweds. The production is directed by carpenter Peter Pigwa. The role of Thisbe will be played by Francis Dudka, a bellows repairer. The mother of the main character will be the tailor Robin Zamorysh. Carpenter Milyaga will be a Lion. Weaver Nick Osnova will become Pyramus, and his father will be played by coppersmith Tom Snout. The masters agree to meet in the forest the next day to rehearse the play. In Shakespeare’s time, women weren’t allowed on the stage. That is why it might not seem strange to the audience that all the roles in the play are played by only men.

Not far from Athens in the forest live spouses – Oberon, the elven leader, and his wife Queen Titania. The wife took care of the boy. Oberon wants to take him away to make him a servant. Titania disagrees. As a result, the husband and wife quarreled. The husband wants to cast a love spell on the queen so that love will make her forget about her adopted son.

Comedy A Midsummer Night’s Dream For this, the king needs a special flower. Oberon becomes an accidental witness to a conversation between Demetrius and Helen. Hermia and Lysander agreed to meet in the forest, which was known to the girl’s friend. Helen brought Demetrius to the same forest. Oberon sends the elf Puck to cast a spell on Demetrius. By mistake, Puck bewitched Lysander. A peacefully sleeping young man, waking up, falls in love with the first person he managed to see – Elena. He leaves Hermia and runs after a new lover.

The city misters gathered in the forest to rehearse the play. Pak, who appeared nearby, bewitched the weaver. The Foundation grew a donkey’s head. At the sight of such a metamorphosis, the rest of the masters fled. Not far from the rehearsal place, Titania was sleeping, which Pak had already bewitched. Waking up, the queen sees a weaver monster in front of her and falls in love with him.

Oberon is pleased with Puck’s actions, but the elf’s mistake had to be corrected. The king bewitched the sleeping Demetrius, who, after waking up, fell in love with Helen, who was near him. When they meet, the friends begin to quarrel. Hermia accuses Elena of betrayal. Demetrius and Lysander now both love the same woman and challenge each other to a duel. Puck enjoys the confusion that he himself caused, but Oberon dispels Lysander. In addition, he freed his wife from the spell and returned the weaver Osnova to his former appearance. Oberon has already managed to get his wife’s adopted son as a page and no longer wants to torment her.

Hippolyta, Theseus and Aegeus hunt in the forest and find 2 sleeping couples: Lysander and Hermia, Demetrius and Helen. The awakened Lysander explains that he was forced to flee the city with his beloved so that she would not become the wife of a rival. Demetrius declares that he is no longer interested in Hermia. He only loves Elena. The weaver also comes to his senses and goes to the city. The play ends with a merry wedding, at which Theseus married Hippolyta, Lysander married Hermia, and Demetrius married Elena.

Characteristics of the characters There are neither completely positive nor completely negative characters in the play. Mere mortals behave the way people have behaved at all times: they love, they hate, they fight for their right to happiness, selfishly not thinking about this right for another person. In the course of the play, almost every character manifests himself both from the positive and from the negative side.

It is likely that the author did not want to divide his characters into 2 camps because he wanted to show their helplessness. All heroes, including Duke Theseus, were supposed to appear as puppets. Shakespeare relieves his characters of responsibility for their actions. The fate of a man does not belong to him. It’s all the fault of evil fate, a predetermined path. Perhaps the author did not believe in the existence of the Greek gods, but he fully admitted that there is a force that determines our lives.

According to Greek tradition, the forest gods in Shakespeare’s play have anthropomorphic qualities. They are distinguished from people only by power and supernatural abilities. Otherwise, the king, queen and elves are like ordinary Athenians. Oberon quarreled with his wife, like the most ordinary mortal. Elf Pack loves pranks, like any boy on the streets of Athens. The gods are also able to love, envy and plot each other.

Gods with a human face

The author has no reverence for supernatural forest creatures. He strives to portray them as comically as possible, to show their grumpiness, vanity and some stupidity. Gods, like people, are not divided into good and bad. Oberon, who started a real intrigue to take his adopted son from his wife, nevertheless, does not show cruelty and helps to unite the lovers.

Fatum is often present in the works of Shakespeare. Evil fate did not allow Romeo and Juliet to connect. Despite all the tricks, cruel fate doomed the young Veronians to inevitable death.

The idea of ​​the play “A Midsummer Night’s Dream”, the summary of which will interest the future viewer or reader, can cause controversy, since the main purpose of this work is to entertain the public. One can only assume that Shakespeare chose as his idea the idea that human life is just a game. How exactly the game ends depends solely on the mood of the players.

When creating his play, the author set himself one single goal – to please the public. The work does not contain any moralizing or thoughtful philosophy. The audience, carried away by the plot, does not always notice the lack of credibility. The ruler of Athens could hardly be called a duke. Urban Greek artisans cannot bear typical English names.

However, Shakespeare’s plans did not include authenticity, an excessive desire for which can make the work too boring. At the end of the play, Park, addressing the audience, asks them to imagine that everything they saw was just a dream. Presenting the play as a not entirely logical dream justifies unreliability and inaccuracies, because in dreams everything becomes possible that was impossible in reality. 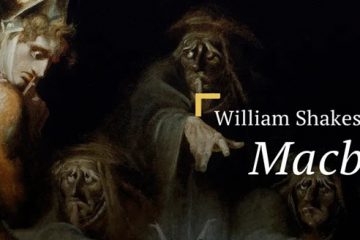 William Shakespeare 0
William Shakespeare’s MacbethThe tragedy “Macbeth”, like many of Shakespeare’s dramatic works, was created on
COVID-19 0
The pandemic has forced most countries around the world to reconsider their usual view
Victor Hugo 0
Summary of Les Misérables HugoThe novel “Les Misérables” is one of the most famous
Mark Twain 0
The Adventures of Tom Sawyer short summary of the storyline of the most famous
Bestsellers 0
Article menu: Choose the good part Throw a stone (at someone) The letter kills,
Sociology 0
History is a complex system of often interrelated events, which can sometimes be extremely