Fyodor Mikhailovich Dostoevsky opened to the world new facets of knowledge of worldly vanity and spiritual nobility. All his works are close to the people, each hero plays the role of himself, and sometimes it seems that I live on the pages of famous novels by the writer.

His great “Five Book” is known to everyone since the student bench, because such large-scale works have forever crashed into the reader’s subconscious.

For forever we remember the plots of the works “Crime and Punishment” (1866), where the main character tries to get out of everyday poverty and commits a terrible murder. Self-affirmation of the individual, the desire for power, the right to selfishness – these were the moods at that time, this book tells about the history of the fall and resurrection of the human soul, the history of liberation from the circles of hell and the triumph of good, truth and love.

“The Brothers Karamazov” is the last novel by the writer, which was completed in November 1880. Four months after the publication of this work, Dostoevsky died.

Critics consider this painting to be the most reliable and majestic. In the person of the main characters, three brothers, the whole Mother Russia is represented.

Mitya is a broad soul, capable of high and low actions, the complete opposite is Ivan, it is a cold mind and mind, each action is balanced and calculated. What can we say about Alyosha. Pure, devout, kind and merciful young man. The novel is highly artistic and based on real events.

The novel “Idiot” (1868) is still positioned incorrectly by many readers, you can often find on the shelves of bookstores an announcement of a work of such content: “The bright and almost painful story of the unfortunate Prince Myshkin, frantic Parfen Rogozhin and desperate Nastasia Filippovna”. And this is not all, only the tip of the iceberg, but inside global thoughts about divine forces, the destiny of man on this earth, the history of the life of the great Messiah of Jesus Christ. How society affects a healthy person by turning him into a sick person. Idiot.

“Humiliated and Insulted” (1861) – all the established mores and character traits of the writer are clearly visible here. Heavy psychological and emotional tear, soreness and sharpness of perception of reality, permanent hysteria and an exciting plot that does not allow you to quit reading and terrifies with its long pathos. A deep and suffering novel that opens the curtain of the soul of a thinker and a mournful writer.

“Player” (1866) is a large-scale work that was not included by critics in the “Five Book”. The topic of excitement of the Russian public is negligible and anecdotal. Yes, the book was written in a hurry to fulfil the order faster to get a large amount that Dostoevsky lost in cards. But readers were still able to see the psychology of a gambling player who has a literary gift and insight of the great writer of Russia.

The story “White Nights” (1848) revealed to readers Dostoevsky’s heartbreaking nature. The poetic image of the dreamer causes sympathy and compassion at the end of the book.

The atmosphere of the white nights of St. Petersburg is so alluring and fascinating that many filmmakers took up the film adaptation of this story. Sharp stoicism and exciting beauty of Mother Earth still surprises the modern reader, but this drama was experienced by Fyodor Mikhailovich himself!

The story “Notes of the Dead House” (1860) is an intriguing real document that reveals to the reader the life and customs of criminals who were sent to cold and distant Siberia. The characters of people and the actions of the main characters spoke about the elusive reality and truthfulness of the essay written by the creator.

You can’t delete from the writer’s biography the moment when he spent many years in exile, in conclusion, so why shouldn’t he be silent and pour out his soul on paper. That’s how Dostoevsky’s exciting and raging work “Notes of the Dead House” turned out.

“Notes from the Underground” (1864) – is one of the writer’s works that must be read after familiarising yourself with the great “Pyth Book”. Many contemporaries are close to the problem described in the novel. The underground, where a St. Petersburg official drives himself, makes you think about his life and actions as a man of rank representing the features of society. Complete inaction, despair, reflex panic, cruelty and moral ugliness of the main character is the top of the proletariat, topical and uncontrollable.

Two years later, Dostoevsky will write “Crime and Punishment”, where he will reveal the essence of moral Raskolnikov and his views on reality. It is here that the nature of the writer and the characteristic personality traits of Fyodor Mikhailovich are traced.

Vaudeville “Alien wife and husband under the bed”, written in 1860, surprised the audience with the humourous character and sarcastic manner of writing Dostoevsky. Let’s say, he did not often resort to this nature of the work, which gives even more gloss and respect for his work.

The work did not ignore the film directors and in 1984 a film adaptation with Oleg Tabakov in the lead role was shot from this vaudeville. This once again emphasises the deep power of thought and the author’s high writing talent.

Dostoevsky’s unusual story “Crocodile” of 1865. This nasty joke amazes with its wisdom and courage, the main character – an official swallowed entirely by the crocodile, survived the attack and did not change his social and political views. Even in this cave, cold and miserable place, he talks ridiculously about the new prospects and opportunities that have opened up for him.=

It is in this work that Fyodor Mikhailovich did not stint on expressions, with a caustic grin he attacks on his political opponents from the liberal camp. That’s where the minds and rulers of socialism are born.

Anyone who reads Gogol’s nose or is familiar with the work of surrealist Kafka should understand where their “legs” grow from. The topic of bureaucracy, unfair and insignificant, has always been and will be the first on the pages of the description of the political history of the public. Dostoevsky’s thoughts still excite the minds of the modern reader.

What genres are the list of writer’s works presented?

The list of Dostoevsky’s works is long and large-scale. Here you can find prose and poetry, journalism and novels, stories and vaudeville, it is simply impossible to list everything.

According to leading critics of our time, in the works of Fyodor Mikhailovich you can find encrypted pages of the holy Gospel, reading the novel “poor people”. The theme of selfishness and the second “I” is carried out in the novel “Double” and can be traced in many images of the writer’s heroes.

The criminal storyline is vividly represented in Dostoevsky’s novels “Teenager”, “Crime and Punishment”, as well as “The Brothers Karamazov”. The image of the Supremacy and terrifying realism demonstrates the essence of the developing Russian Social Democracy, full cynicism of populist ideology.

Menouring the criminal theme, it would be wrong to miss the novel Demons, written in 1872. Unfortunately, it is almost unknown to the modern reader, because of the strictest ban. But today each of us can discover the soul of the writer and look into the expanses of cynical ideology that led to Bolshevism.

A separate volume is a collection of folklore material “My Hard Labour Notebook”.

It’s a whole world of enthusiastic soulfulness, intellectual mind, enlightenment and despair. The works are devoted to the eternal questions of the universe and do not go beyond the time frame of history.

Fyodor Dostoevsky was born in Russia, Moscow on November 11, 1823, in Moscow in the family of the staff physician of the Mariinsky Hospital for the Poor. Father – Mikhail Andreyevich, nobleman, mother – Maria Fedorovna, from the old Moscow merchant family. Fedor and brother Mikhail studied at a private boarding house. The brothers were friends, friendship – spiritual intimacy between them persisted in adulthood.

Life struck when Fyodor was 16 years old, his mother died. The Dostoevsky brothers could not realise their own humanitarian inclinations – they could not enter Moscow University. Poverty has forced to acquire a practical profession. In January 1838. Fedor entered the military school in St. Petersburg, from which he graduated in 1843. This is how a new St. Petersburg stage in the life of the future writer begins. The writer began his creative career with the novel “Poor People” (1846), positively perceived M. Nekrasov and V. Belinsky, who liked the image of the social tragedy of “little man” in the play. The story brought the author popularity. Fyodor is invited to St. Petersburg literary salons. I. Turgenev and other artists and critics met. The following works: “Double” (1846), “Mistre” (1847), “White Nights” (1848), were not accepted by critics. The writer was waiting for new trials. On Christmas Eve, Fyodor was severely beaten and sent to Siberia at a stage.

Four years of hard labour in Omsk, then – Soldatchina in Semipalatinsk. Here the writer fell in love with Maria Dmitrievna Isaeva, later became the wife of the writer. But love and seven years of marriage to Maria did not bring Fyodor happiness.

In 1859. Fyodor Dostoevsky returns to St. Petersburg, where he performs at literary evenings. In 1862 and 1863, the writer travels. The writer is interested in European life, people, everyday life and customs. “Winter Notes on Summer Impressions” (1863), “Notes” (1864) are published, which are far ahead of the problems of subsequent novels. However, troubles and suffering did not leave the writer: the death of his wife, a passionate feeling for A. Suslova and a painful break with the girl. These motives were later reflected in the novel “The Player” of 1866.

In 1873. Dostoevsky starts working on “The Writer’s Diary”. The work is published in the magazine “Citizen”. As well as works of art, “Daytime prose”: “Bobok”, “Dream of a Funny Man”, “Boy from Christ on the Christmas Tree”, etc. In 1875, the novel “Teenager” was published, which reflects the main philosophical and social moral searches of the writer.

Six months before his death, on June 8, 1880. Fyodor Dostoevsky proclaims his own speech at the grand opening of the monument to Pushkin in Moscow, in which he reveals the national and world significance of the Russian poet, talks about the brotherhood of people on Earth. February 9, 1881. Dostoevsky died. 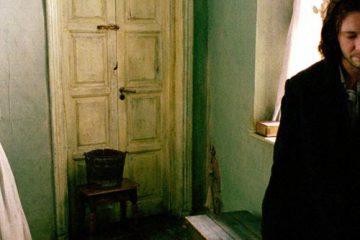 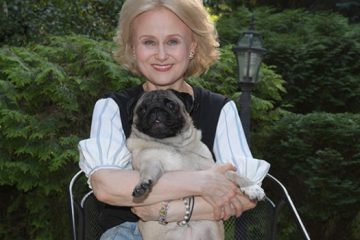 Daria Dontsova
Daria Dontsova is a unique Russian author of ironic detective stories. Its target audience
Bestsellers
Article menu: Choose the good part Throw a stone (at someone) The letter kills,
Essay
Talking about the amazing antagonist characters portrayed in Disney’s movies, it’s impossible not to
Christianity
Many people today see the church as a building. But this is not what
Subscribe
Login
1 Комментарий
Oldest
Newest Most Voted
Inline Feedbacks
View all comments

An interesting and multifaceted writer, but now his works have lost all that moral relevance and soul. Other moral features of the “Russian soul” and things that are not really there, only some philosophical emotions that only cover up spiritual poverty and humiliation, are revealed. Attempting to explain one’s obscene and immoral behavior in terms of some twisted morality.